I always try to make sure my shoots are fun.  With a couple like Melanie and Tom, and at a place like the Santa Cruz Beach Boardwalk, though, there was no effort needed.  These two know how to have fun with the best of em, but more on that later.

I knew I really liked these two when the weather forecast all week called for rain on our scheduled shoot day...and their response:  "Bring it."  They understood the notion, the worst weather often makes for the best photography, and they agreed with me, there is just something romantic about rain. On top of that, they had this 'down-for-anything-to-get-the-shot' mentality that is a photographer's dream.  So not only did we all plan for rain with certain shot ideas, rain boots, towels, umbrellas, plastic covers for my gear, etc we actually hoped for it.  I was stoked.

So, of course, what happens when we meet up at 2:00pm... the week-long rain comes to an end, the clouds part, and the sun comes out to play.  Hhhh.  So much for that idea.  A lot of being involved in photography is being able to adapt to changing conditions on the fly, so we were determined not to let a suddenly beautiful sunny day dampen our spirits :).  With the unexpected sun making for some harsh light outside, we headed into the arcade for an intense air-hockey session and a try at the claw machine (sorry, Tom, you were so close!).  Eventually, we headed back outside of course where the real fun began.  We chased birds, jumped in puddles, and watched Tom display some wicked ninja-like levitating skills.  We were eventually graced with wonderful light and a gorgeous sunset that seemed to be Mother Nature's way of telling us, "Seeee...I know what I'm doing."

After a quick break for clam chowder and a beer on the pier, we finished the night where much of the story began for Melanie and Tom...along the the neighborhood streets of Santa Cruz where they had spent many summers prior.  We ultimately ended with a shot at "The Bench" , the very spot where Tom proposed to Melanie last year, complete with an unexpected mini fireworks show that put the cap on an awesome day and left us all with the feeling, "it was meant to be". 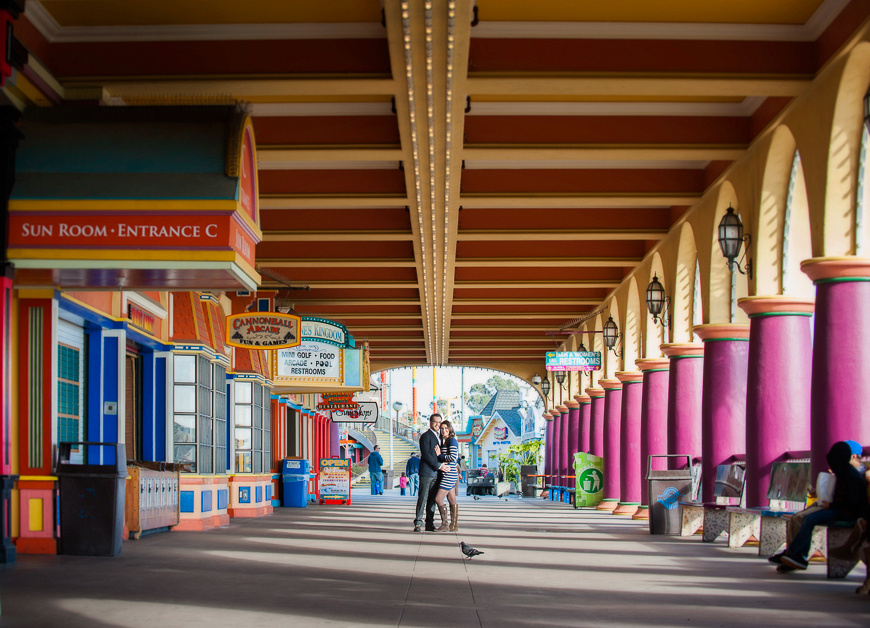 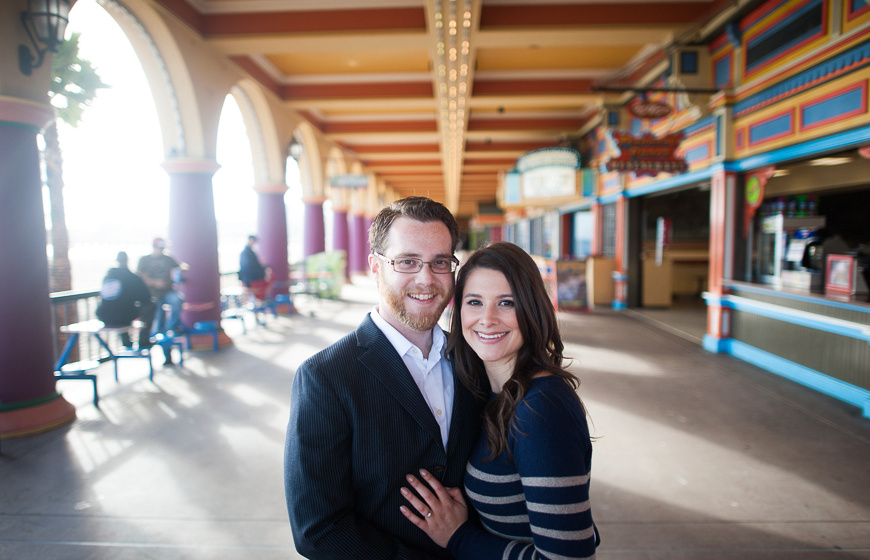 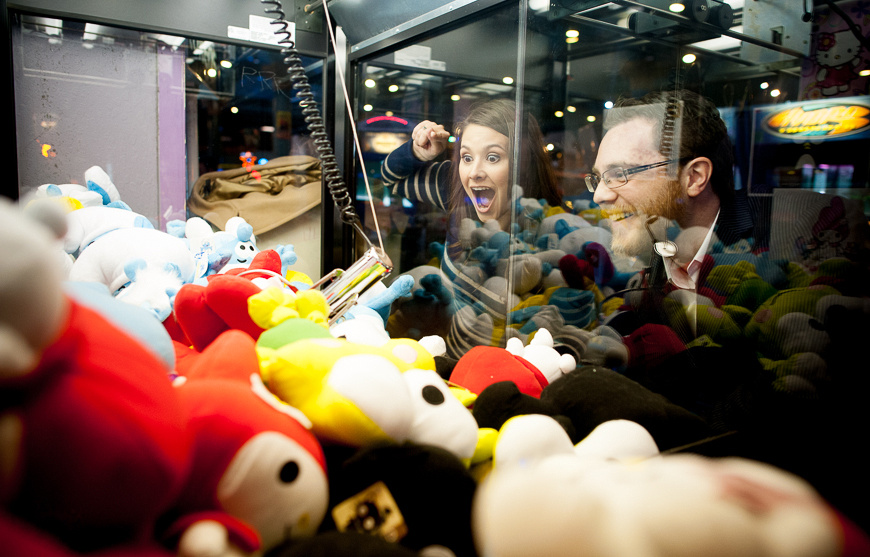 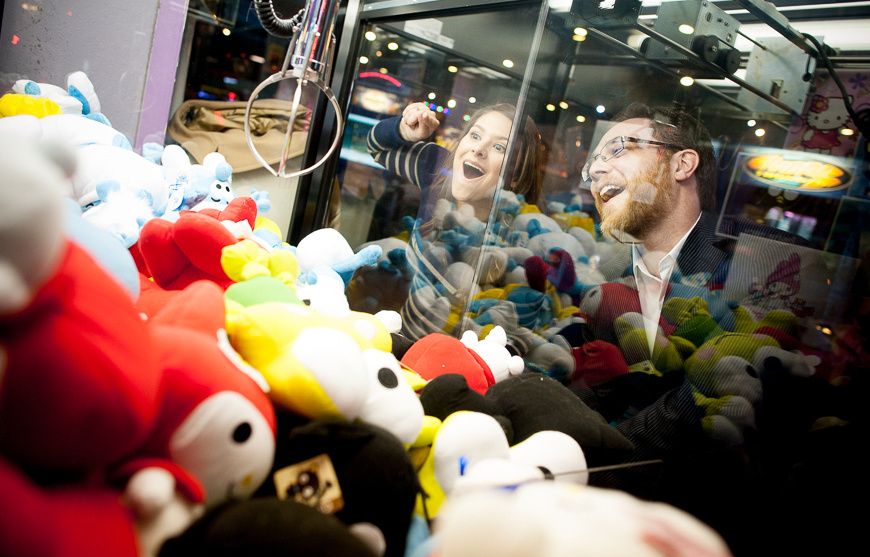 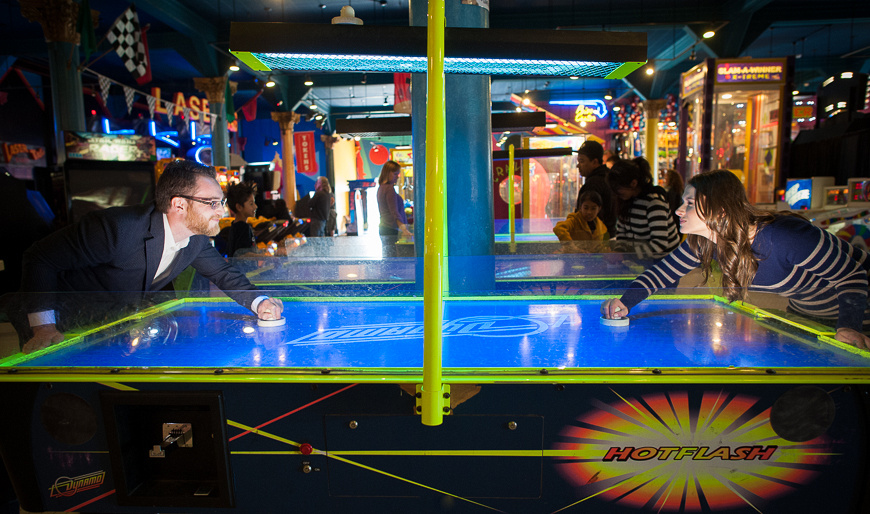 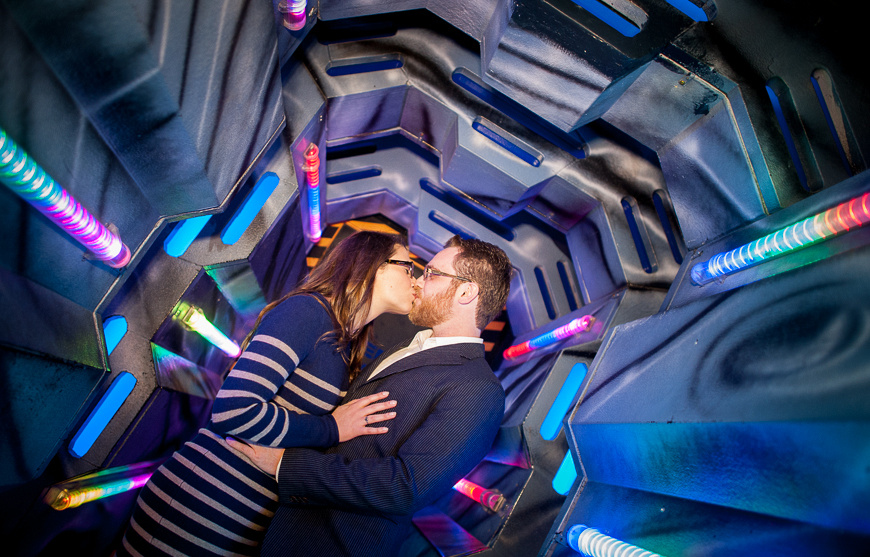 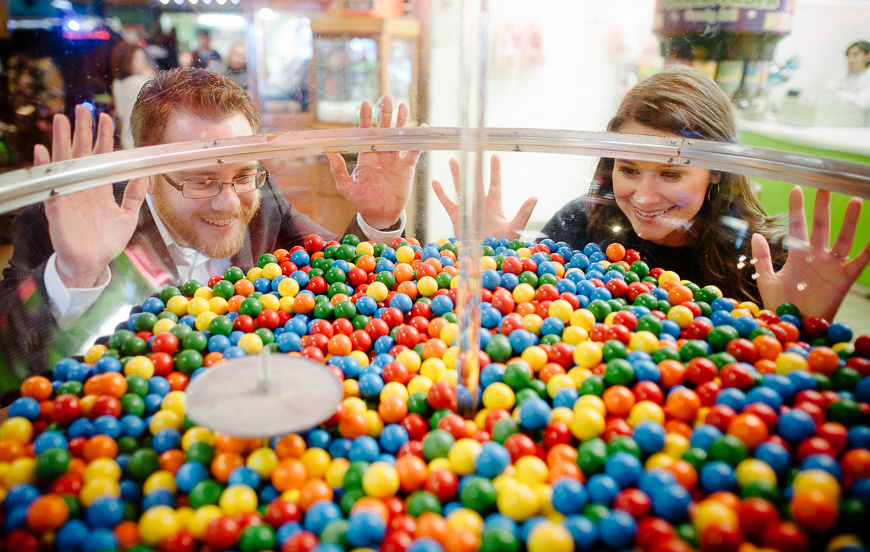 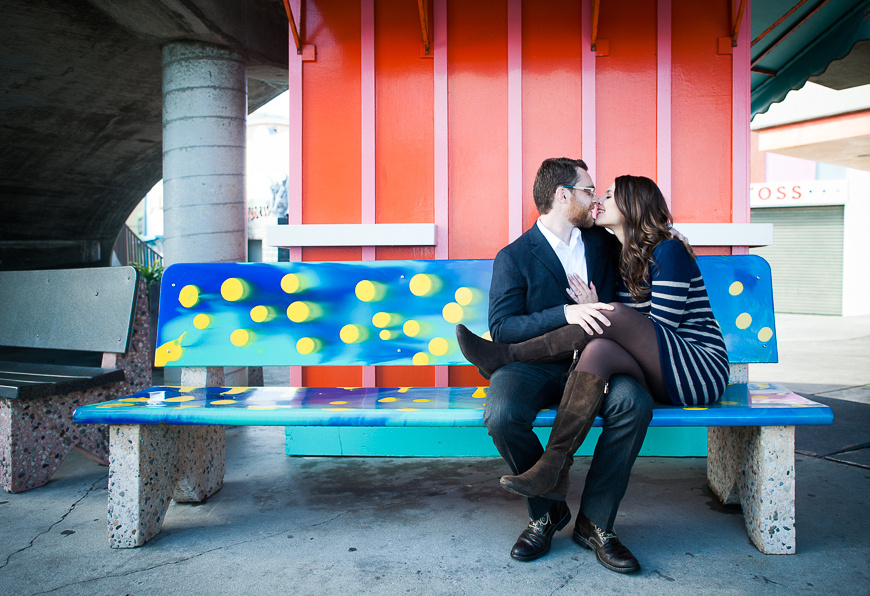 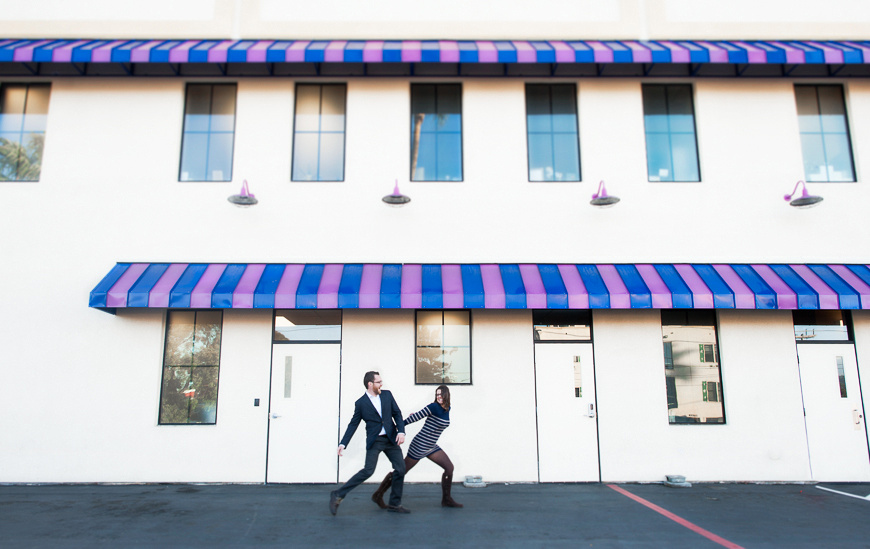 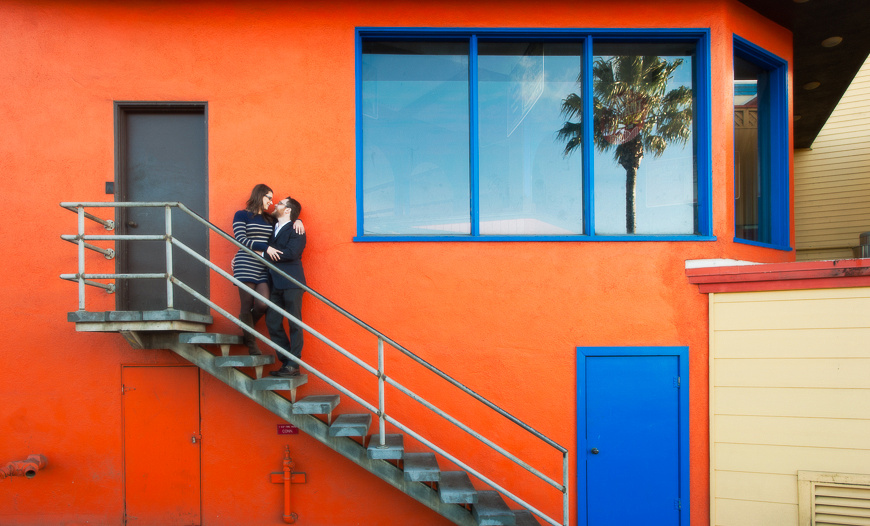 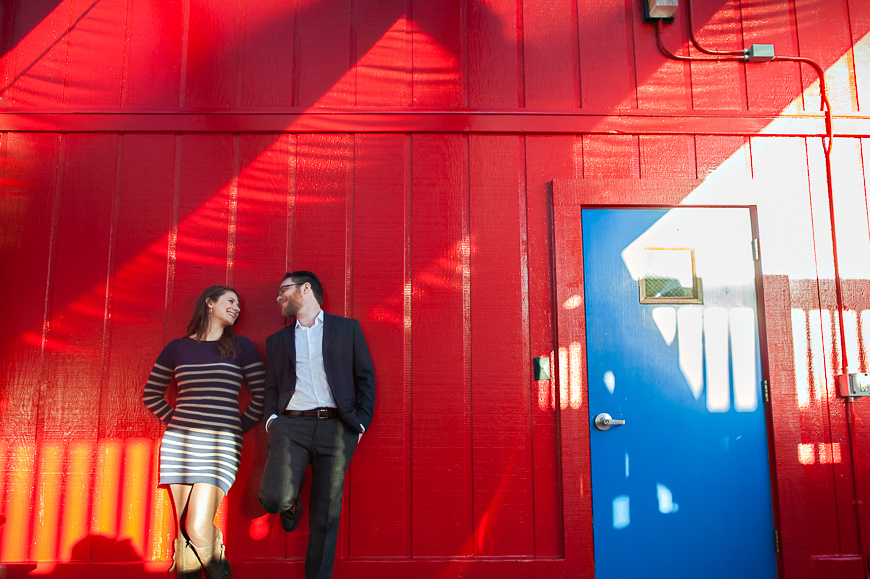 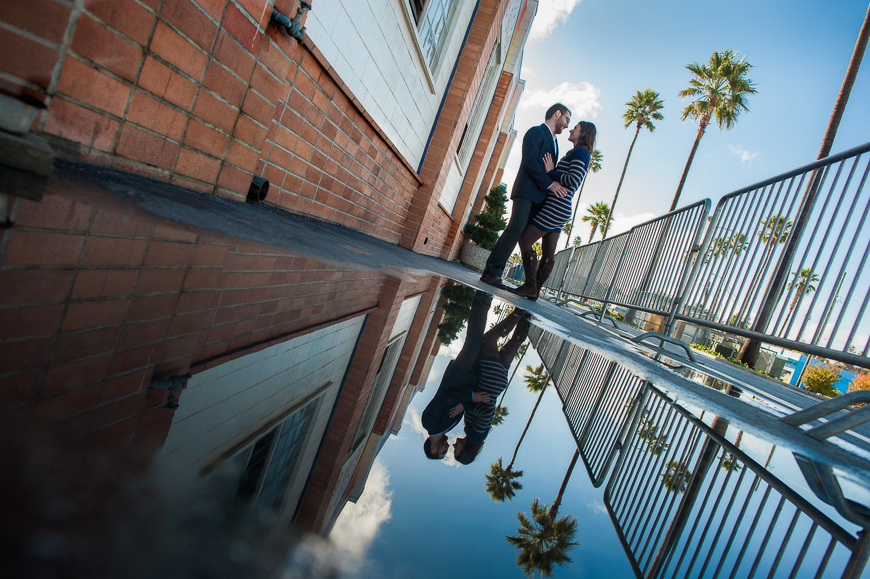 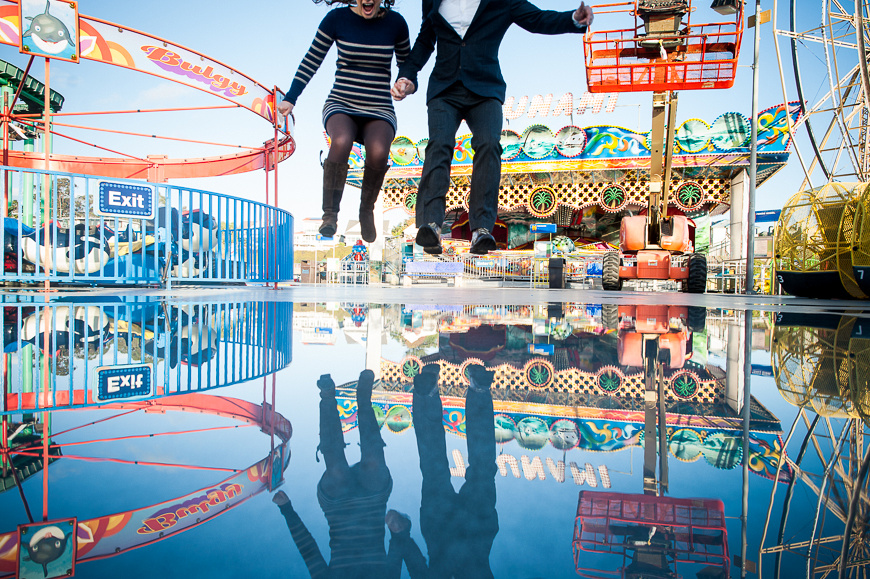 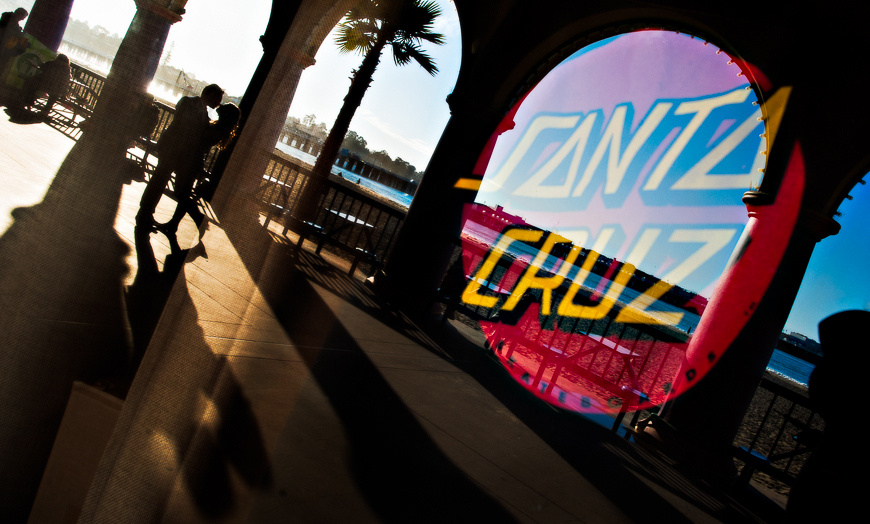 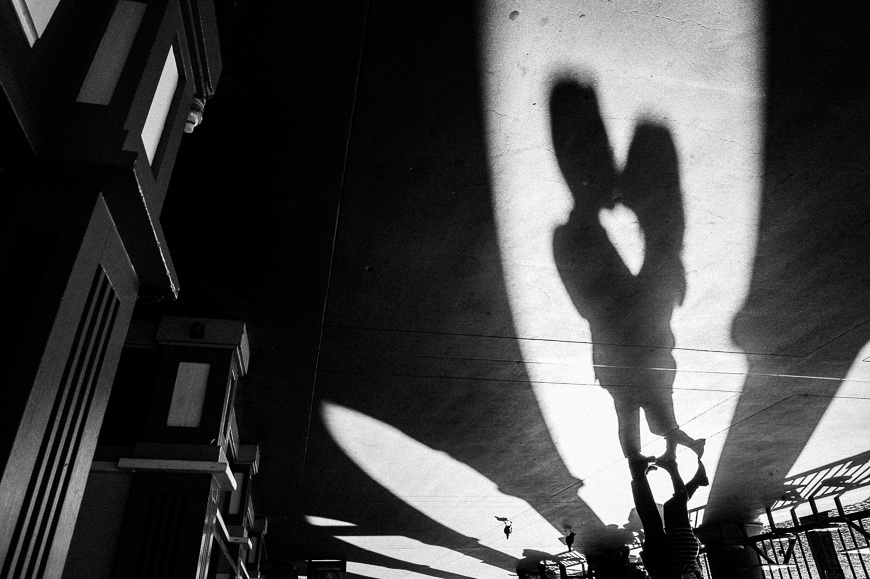 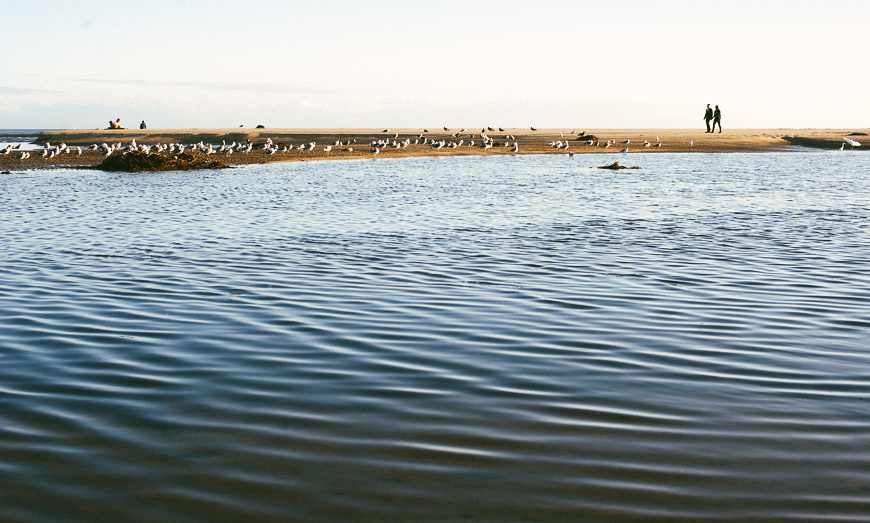 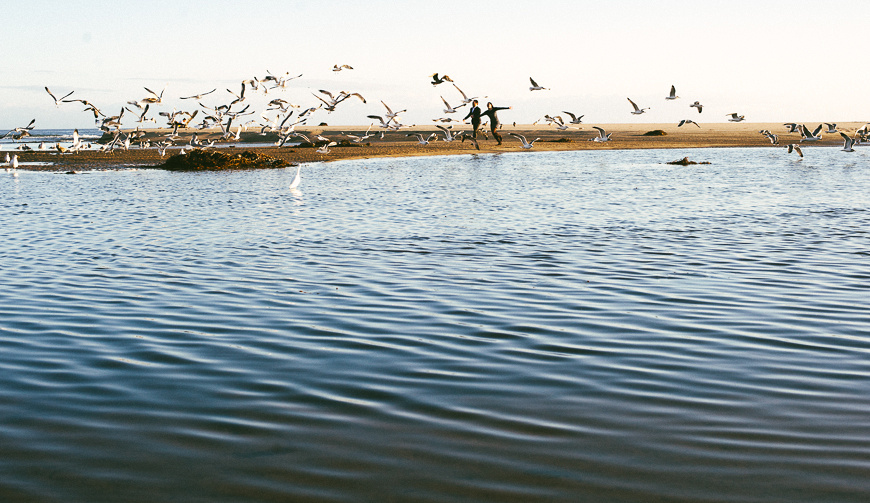 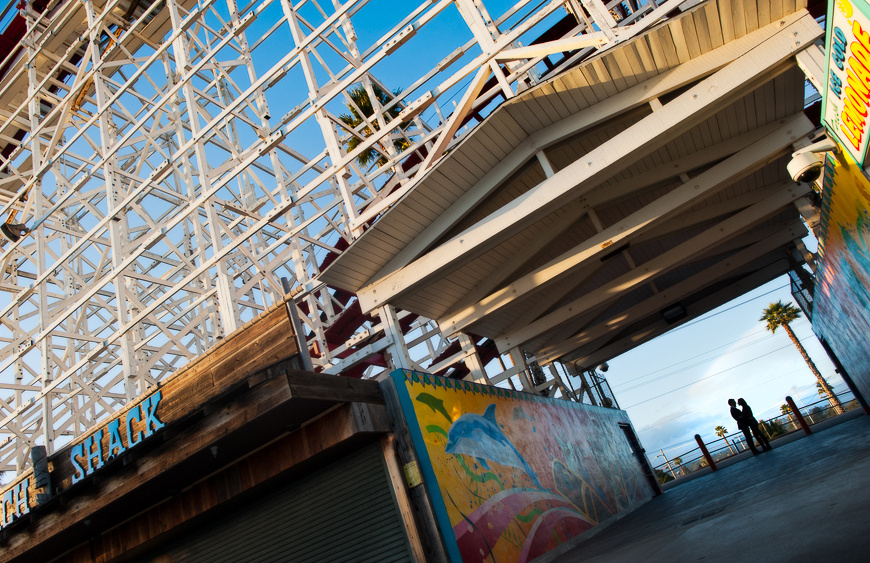 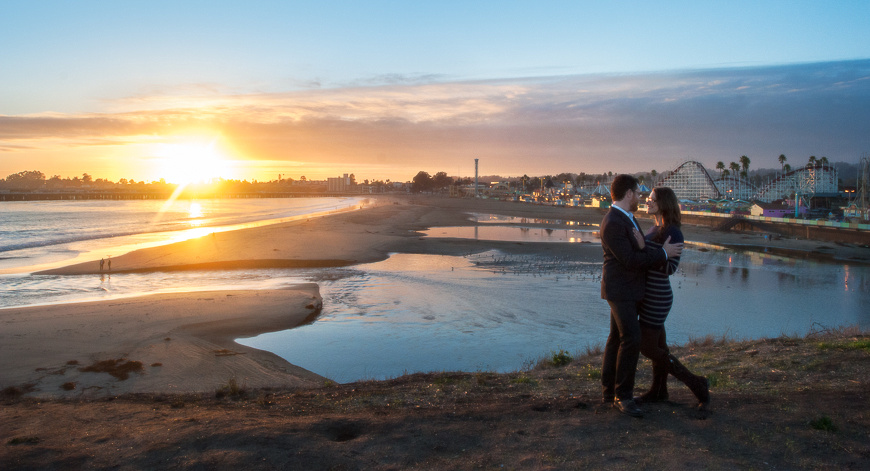 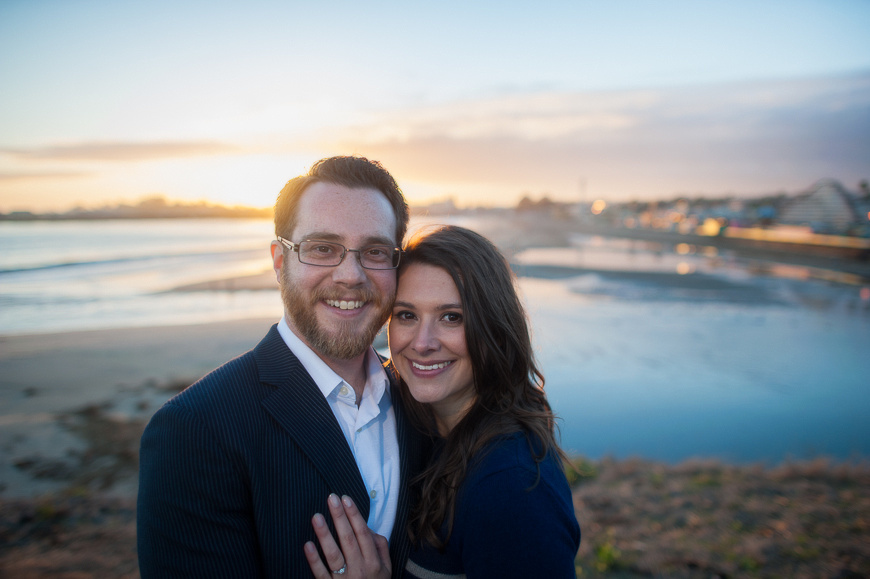 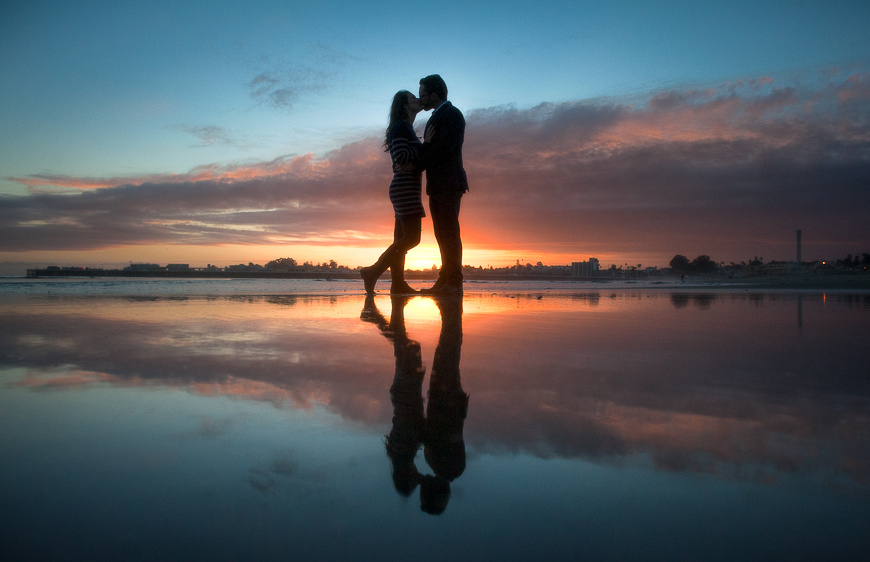 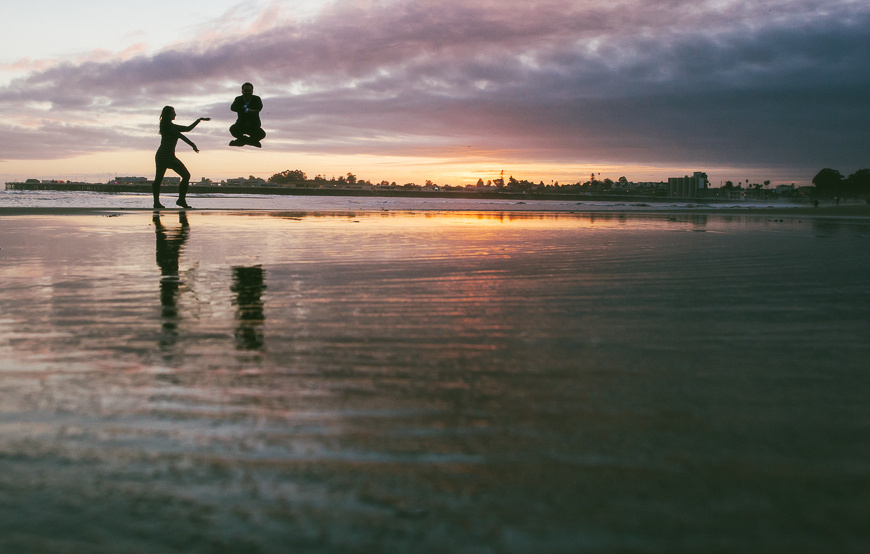 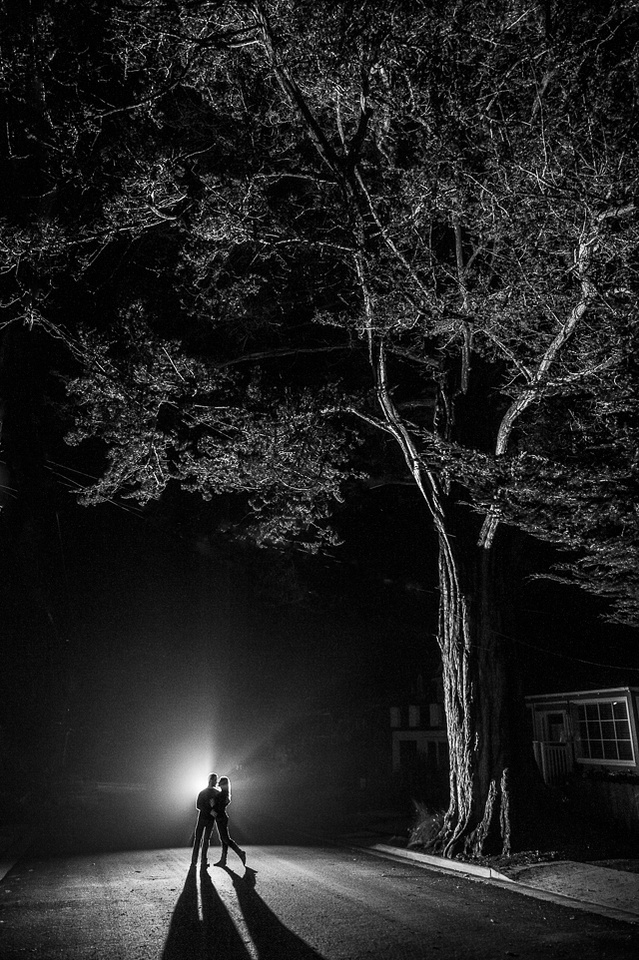 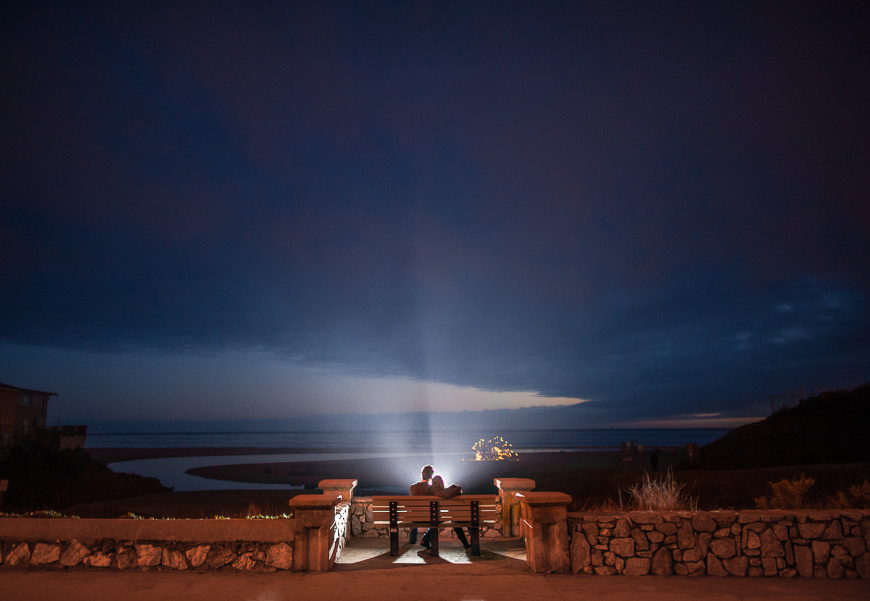 See you at your wedding this summer!